The Basement Doctor of Cincinnati 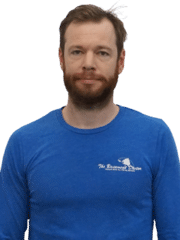 David is a Foreman at The Basement Doctor and has been here since 2010.  He grew up and still lives in West Chester, Ohio, with his wife and children.

David's hobbies are building ships in bottles and frisbee golf, cards and darts.  He also likes watching the Cincinnati Reds and doing anything kid-friendly and spending time with his family.

The best part about his job is helping people solve water issues in their homes.  David's crew is always the first crew to leave the shop in the morning, always finishes his jobs on time, and is good at what he does.

Customer Reviews
About Me
View all Reviews
Testimonials
from customers I've helped!

WaterGuard Basement Waterproofing System and a...

Fayetteville, OH Crawl Space Cleaned and...more »
Loveland, OH SaniDry used to help resolve...more »
Versailles, OH Water Seepage and a Bowing...more »
Before and after photos from jobs I've worked on:
Back to Previous Page Back to Meet The Team