We installed a TripleSafe Sump Pump System for a homeowner in Dayton, Ohio.  The TripleSafe has three pumps that can be used to remove water from the basement.  The first pump is a 1/3 hp pump that will be used most of the time.  If this pump becomes overwhelmed, the second pump, a 1/2 hp high volume pump will run along with the first pump, giving it a turbo boost  The third pump is an UltraSump Battery Back-up Pump turn on during a power failure to remove the water from the basement. 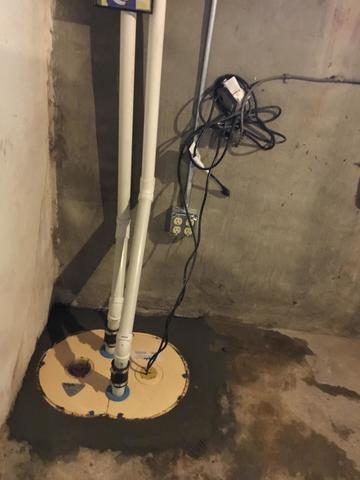 The TripleSafe Sump includes three pumps. The first pump is the main pump that will do the majority of the pumping. The Second Pump is a 1/2 hp pump and will turn on and pump during times of high water volume. The third pump is the battery back up system.