A home in Cincinnati was experiencing problems with a wall that was starting to bow so the homeowner called The Basement Doctor of Cincinnati for a solution to this problem.  The homeowner met with Roger, a Certified Inspector, who recommended that the PowerBrace System is installed.   The PowerBrace System is used to stabilize a failing wall.  A steel I-beam is secured tightly against the wall with brackets that are attached to the floor and the floor joists.  This immediately stabilizes the wall and protects it from further movement.  There is an adjustable bracket that can be tightened over time to reverse the wall failure.  To find out more information on how the PowerBrace System works, Call The Basement Doctor today! 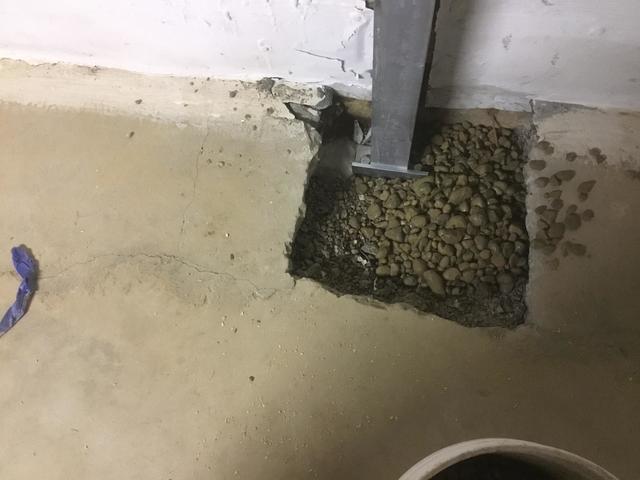 The PowerBrace is attached to the floor near the failing wall. 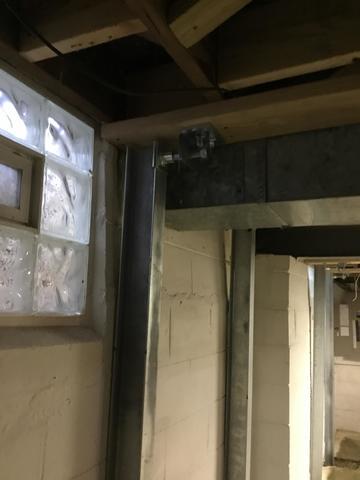 At the top of the PowerBrace, you can see the adjustable bracket that can be tightened over time. 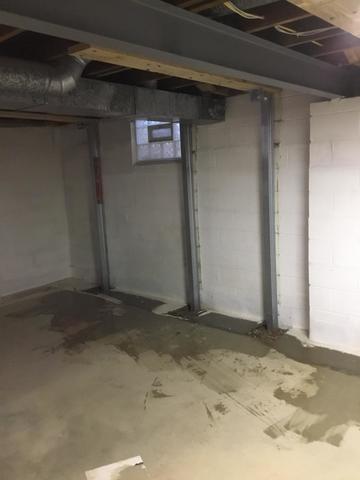 The PowerBrace is a steel I-beam that is attached to the floor joist and the floor. The beam is secured tightly against the wall to stabilize the wall and protect it from further movement.