A homeowner in Milford had a crawl space that had problems with flooding so he called The Basement Doctor of Cincinnati for a solution to this problem.  The homeowner met with Walt, a certified inspector, who recommended that a SmartSump Crawl Space Drainage System, CleanSpace Encapsulation System with CleanSpace Vent Covers, SilverGlo Crawl Space Wall Insulation, and a SaniDry Sedona are installed to resolve the problems that the homeowner was having in the crawl space. 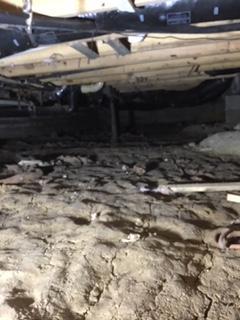 This crawl space before the encapsulation was done had a dirt floor and had some plastic down as a vapor barrier. 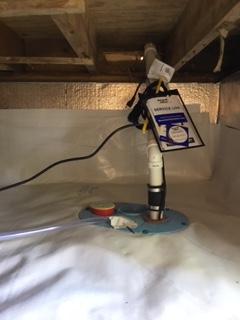 The SmartSump includes the WaterWatch Alarm, Airtight Lid, and an Airtight Floor Drain. 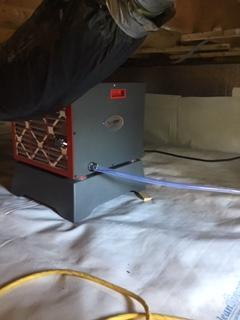 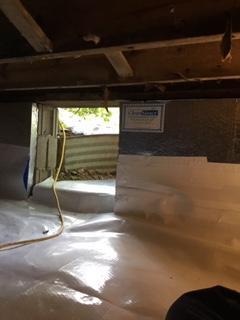 At the top of the crawl space wall, you can see the shiny SilverGlo Crawl Space Wall Insulation. The shiny material reflects heat and makes the floors warmer in the winter. 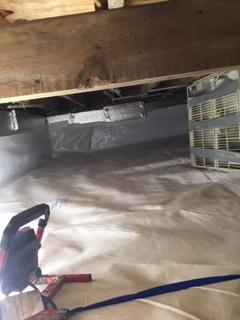 The CleanSpace Liner is a plastic liner, similar to a pool liner, that is permanently attached to the walls and floor of the crawl space. This provides a moisture-proof barrier between the ground and the home.