A Mason, Ohio homeowner was having problems with water seeping into the basement through a crack and through the window well of the basement.  They met with Walt, a Certified Inspector, who recommended WaterGuard, a TrenchDrain, SuperSump Premier Sump Pump System along with an UltraSump Battery Back up System, a WellDuct Window Drain and FlexiSpan Crack Repair System is installed. WaterGuard and the TrenchDrain will intercept water that seeps into the basement and will drain it into the sump pump system to be drained out of the basement.   The SuperSump Premier Sump Pump System has a 1/3hp pump, WaterWatch Alarm, SuperLiner, and an Airtight Lid.  Also available is the UltraSump Battery Back up System.  This pump will automatically turn on during pump or power failure and comes with its own charging station. The WellDuct Window Drain is installed by having a hole drilled just below the window, a strainer is installed on the outside of the hole.  The WellDuct is fastened to the wall and connected to the perimeter drain at the bottom.  This water will be drained into the sump pump system to be pumped out of the basement. FlexiSpan Crack Repair has three layers of protection and is a permanent fix to wall leaks.  First, a bead of sealant is used to seal the crack. Most of the water will be stopped by this seal.  Next, a foam drain strip is installed.  This drain strip will drain any water that seeps past the sealant down into the drainage system below.  The last layer is a sealant overlay that is tucked into the perimeter drain.  This will give the homeowner a permanent fix to this leaking crack. 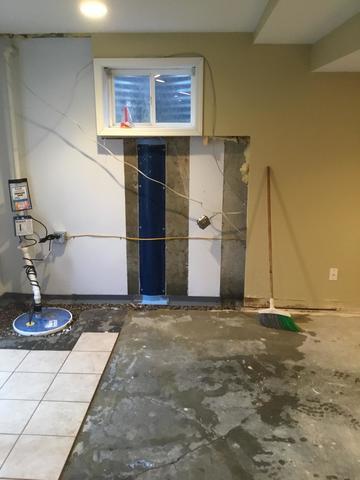 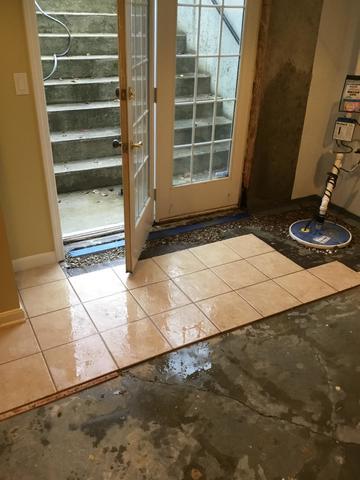