A residence in Cincinnati was experiencing water that was seeping into several areas of the basement.  The home has a block foundation and a sump pump had not yet been installed.  The owner scheduled an appointment with Mike S., a Certified Inspector, who recommended that a WaterGuard Basement waterproofing system and a TripleSafe Sump Pump System is installed to resolve the water problems in the basement.

The TripleSafe Sump Pump System has three pumps.  "Pump 1" is a 1/3hp pump, and this pump will be doing the majority of the pumping.  If this pump becomes overwhelmed by a high volume of water, then "Pump 2" will run, giving Pump 1 a "turbo boost" of power.  "Pump 3" is the UltraSump Battery Back-up System and will run during a pump or power failure. IceGuard was attached to the discharge line to prevent flooding due to a frozen line in the winter.  A LawnScape Outlet was installed at the end of the discharge line. 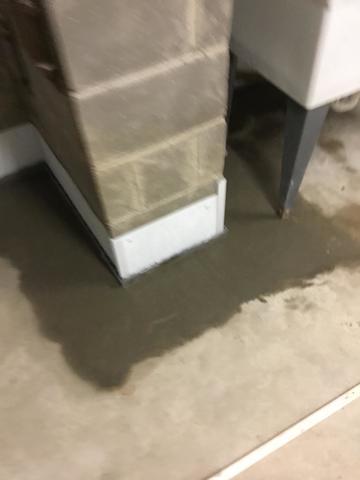 WaterGuard Basement Waterproofing System has been installed under the floor along the foundation wall to intercept the water that seeps into the basement. 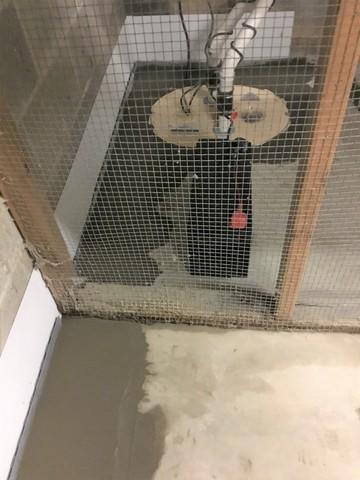 The TripleSafe Sump Pump System pumps water out of the basement. This is a three-pump system that includes a battery back up system.